At the end of 2017, cryptocurrencies went wild.

The hype lasted about two months, and at least at the beginning, I took part in it and tracked the charts almost every day. I had already some crypto coins from early 2017 (bought just for the fun of it) and wanted to see how things evolved.

As there were bigger day-to-day differences nearly every day and I had multiple coins (Ripple, Litecoin, Lumen, Ether), it started getting difficult to track how much each coin was really worth relative to the price I bought them at.

So I made this small page and tracked for each coin the price for which I bought them, and then showing the current value compared to that (screenshot from 20.12.2017): 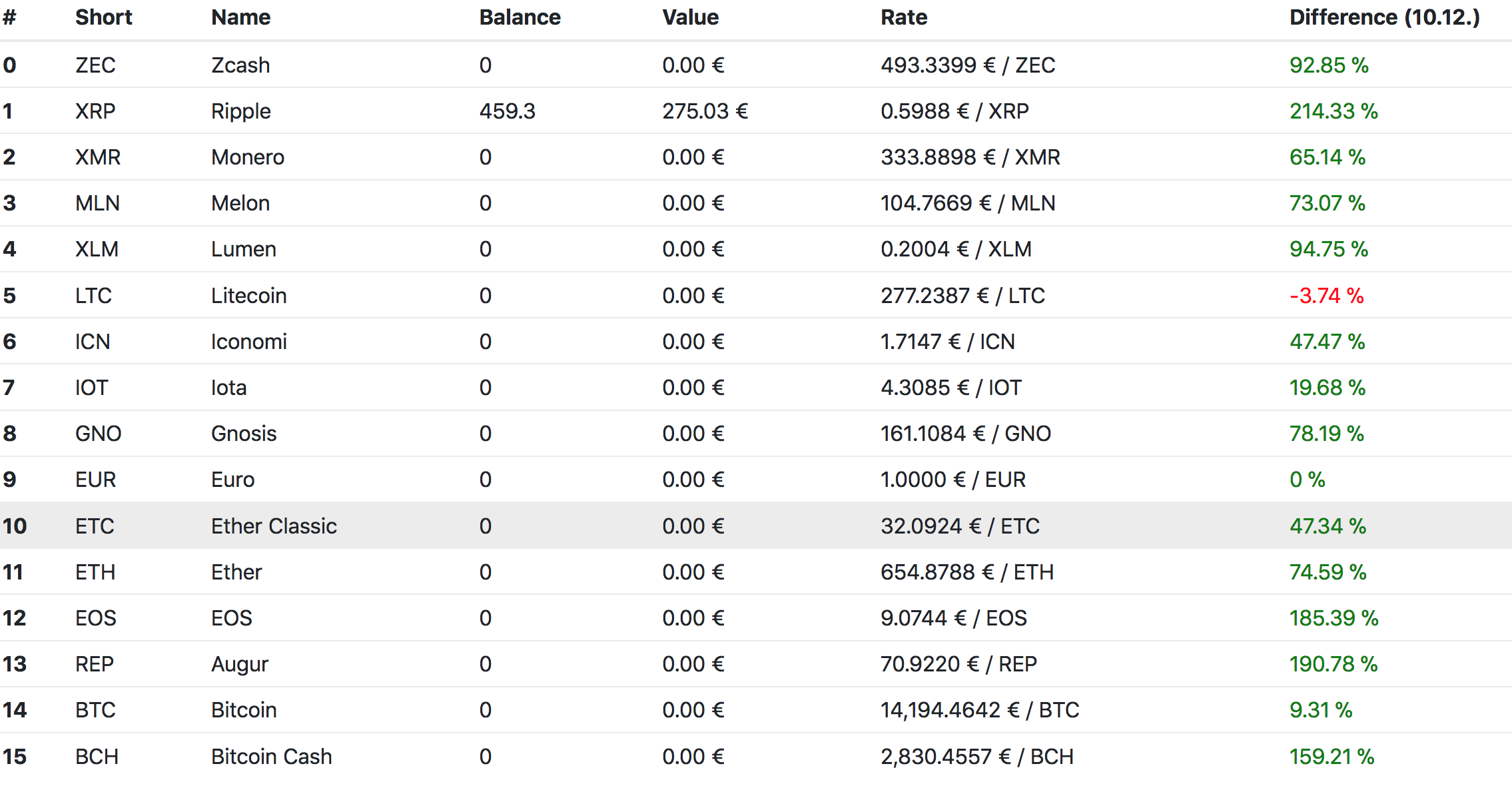 For the current market value, I had to get the data from somewhere. I had a look at some crypto APIs and then just went with the first one which provided the data I needed, CryptoCompare. Also, it doesn't require any authorization and you get a plain JSON object with cryptocurrencies and matching prices.

This is an example request, showing each current value of coins at the time writing: 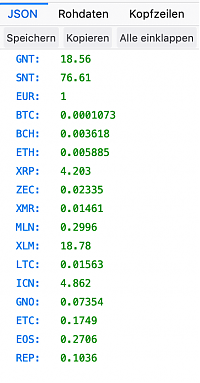 You can find the code in this Github Repo: crypto-value.

By the way, I opened the page nowadays, looking just a liiitle bit different than back in 2017: