In my last post, I wrote a bit on why the Game Boy has a special place in my heart and how I got into playing again after 15 years.

When starting to speedrun some games, I just used an emulator - a computer program to simulate the Game Boy - to begin with. The thing with speedrunning is, that runs should be recorded, to have some kind of proof that the run actually happened.

Now with Game Boy speedruns, there's one problem: Original Game Boy devices do not provide any video output, so it's not possible to simply record it. Besides using emulators, there are two possible ways to record using original hardware and software:

With the GBP, also Game Boy Color and Game Boy Advance games can be played. They're quite hard to get nowadays and will cost around $50-100 for the player with disc alone. With a american or japanese SNES, there's the SGB2, which runs at the correct speed and is used by most GB speedrunners.

So those are the two possibilities two play a Game Boy game with video output. But what now?

As an overview, here's how my current setup looks like:

The Super Game Boy 2, originally from Japan, is also gaining in rarity, but there are still plenty for example on ebay. It looks like this: 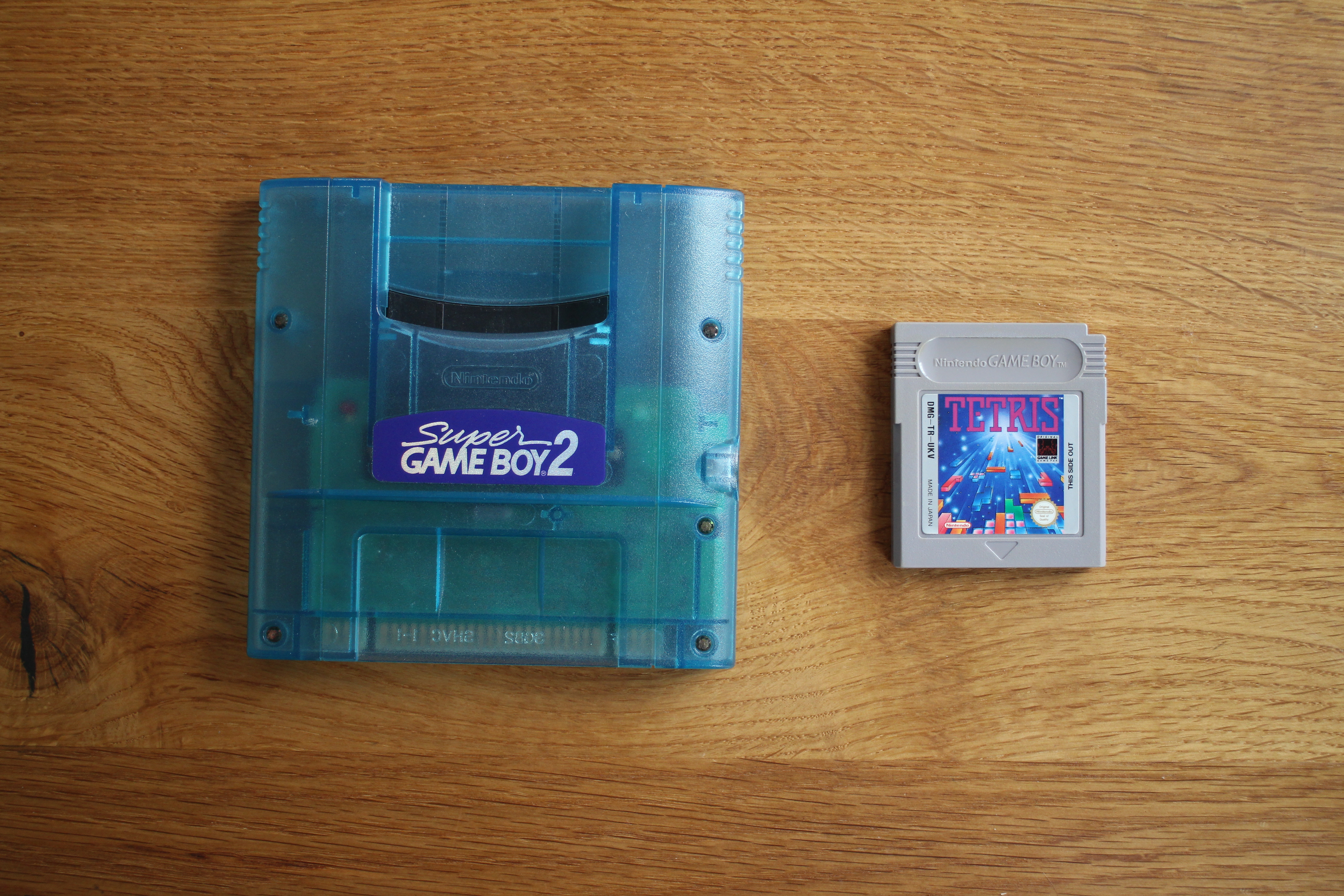 When a Game Boy cartridge is inserted, it can be inserted into the SNES like any normal SNES game. It has to be a NTSC version of the SNES (american or japanese), an european/PAL version does not work. I looked for a japanese SNES because they look similar to the PAL one. 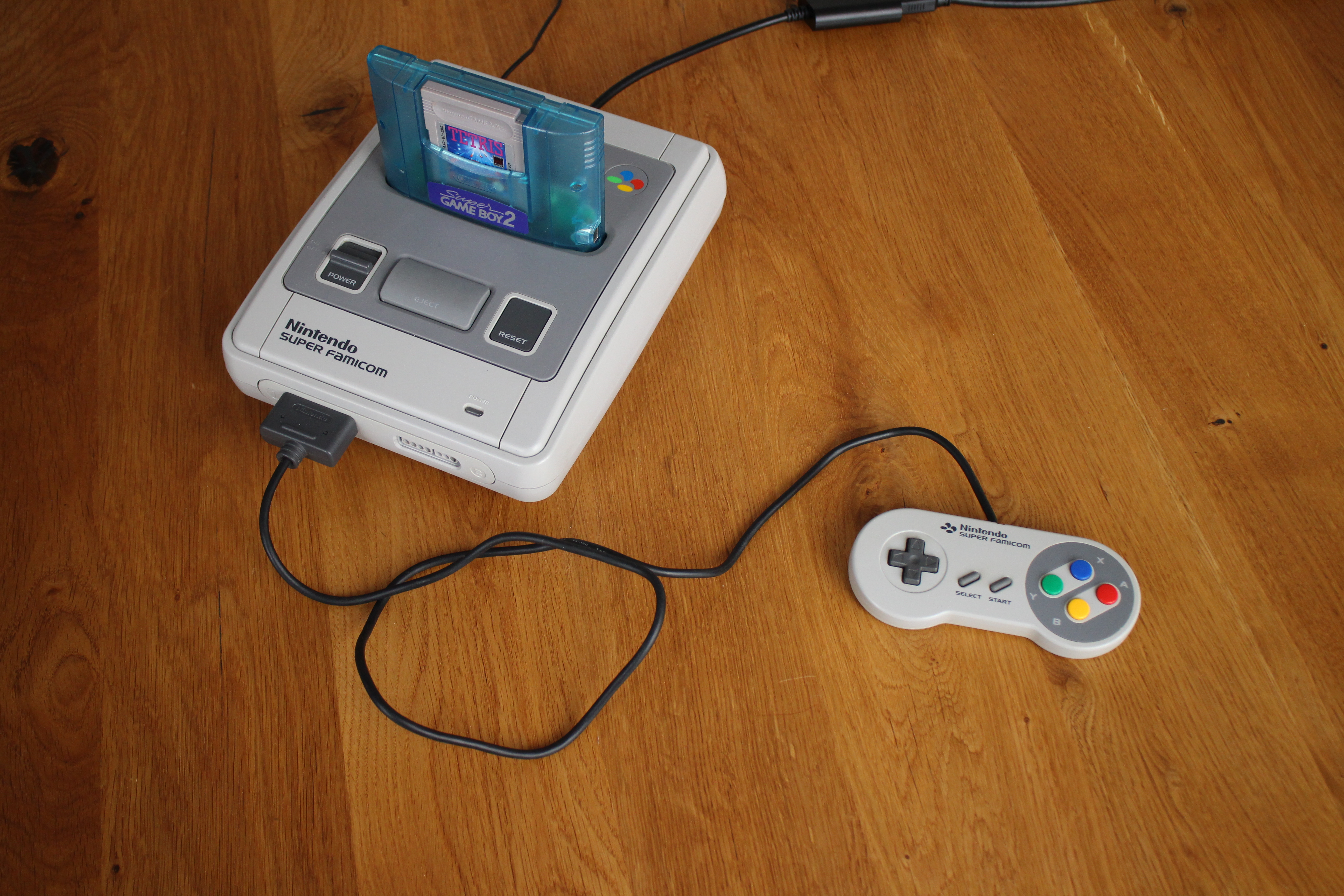 From here on, there are multiple options. I started out with an original component cable, which I then converted to HDMI using a Marmitek converter. However, the quality was not what I expected, so I looked further.

There are several cables for SNES to HDMI (like the one from gametrog.com), but I ended up with one named HDTV Converter, and even though it somehow looks cheap, it provided the best output. 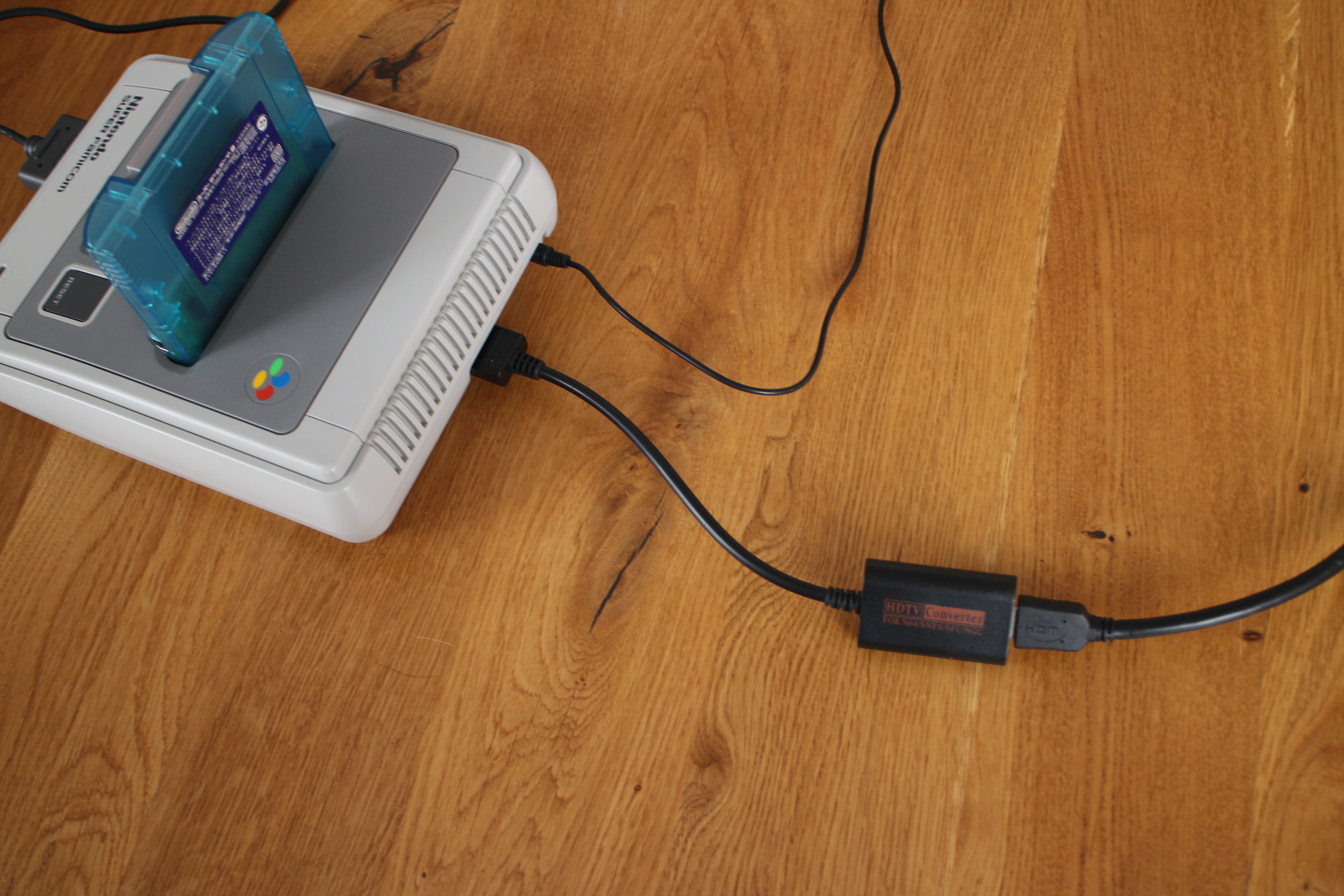 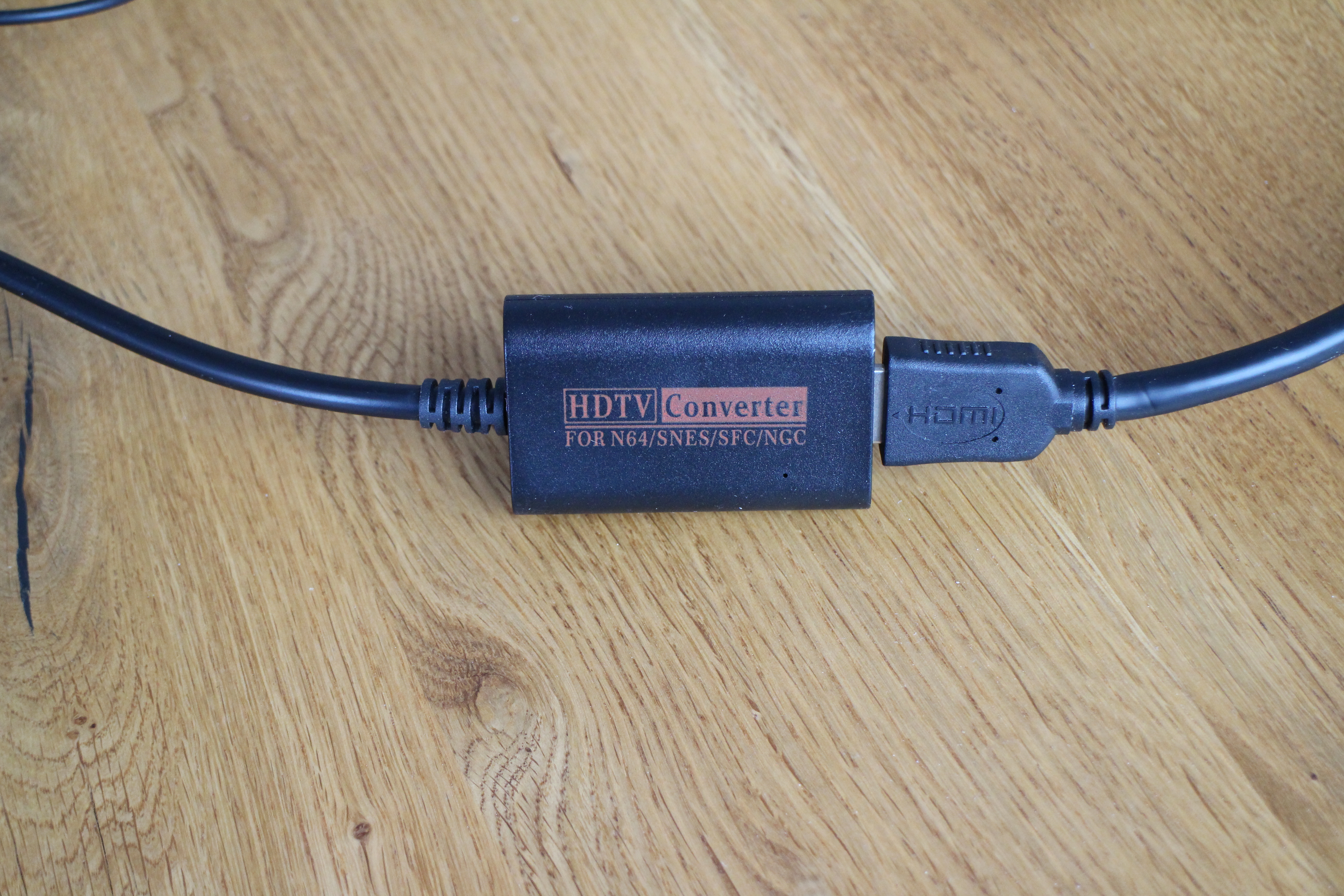 Now with a HDMI signal at hand, it would only need to find its way into the computer. Now as most PCs and graphic cards don't accept input HDMI - only output - some additional equipment is needed, a capture card: 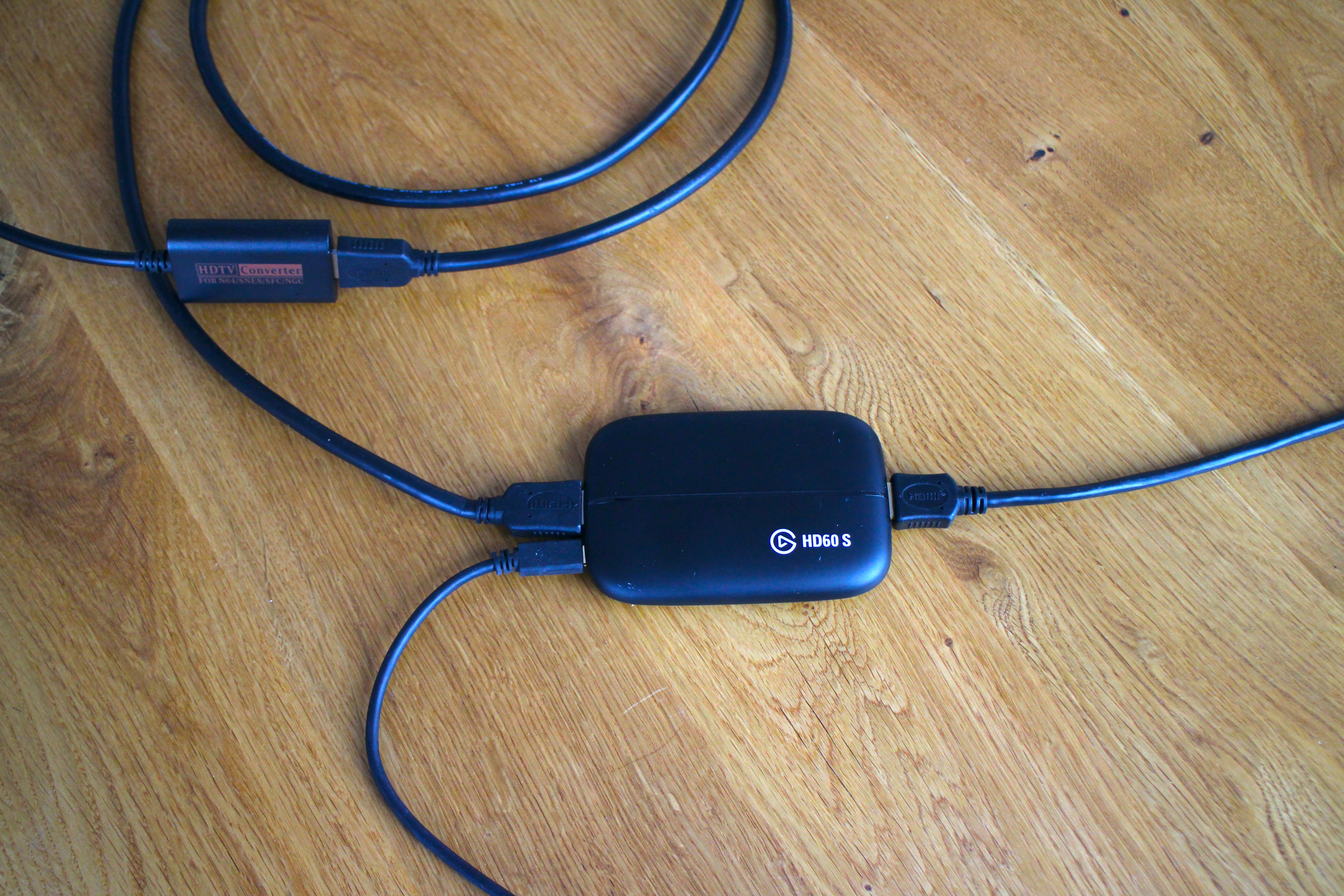 As I didn't really know what possibilities there were, I went with the suggestions I found, and the Elgato HD60 S seems to be the choice of most streamers. As I don't stream, I probably would go with a simpler and cheaper capture card if building the setup again. There seem to be plenty of cards like the ones from Basetech or Sandberg, but I haven't got any experience with them.

So with the capture card, we have the signal and can record it! I mostly use OBS, which is really simple and lets you directly choose the capture card. It also offers using other inputs like a camera, capturing windows (like LiveSplit for keeping time), and custom images.

So here's an example how a recording looks like (with the game Gauntlet II):

Thanks for reading and happy recording!