Warning: If you haven't played the game yet, do that first and then come back. This post contains massive spoilers, you have been warned! As a remarkable coincidence, the game is also on sale right now on Steam until january, 4th :-) 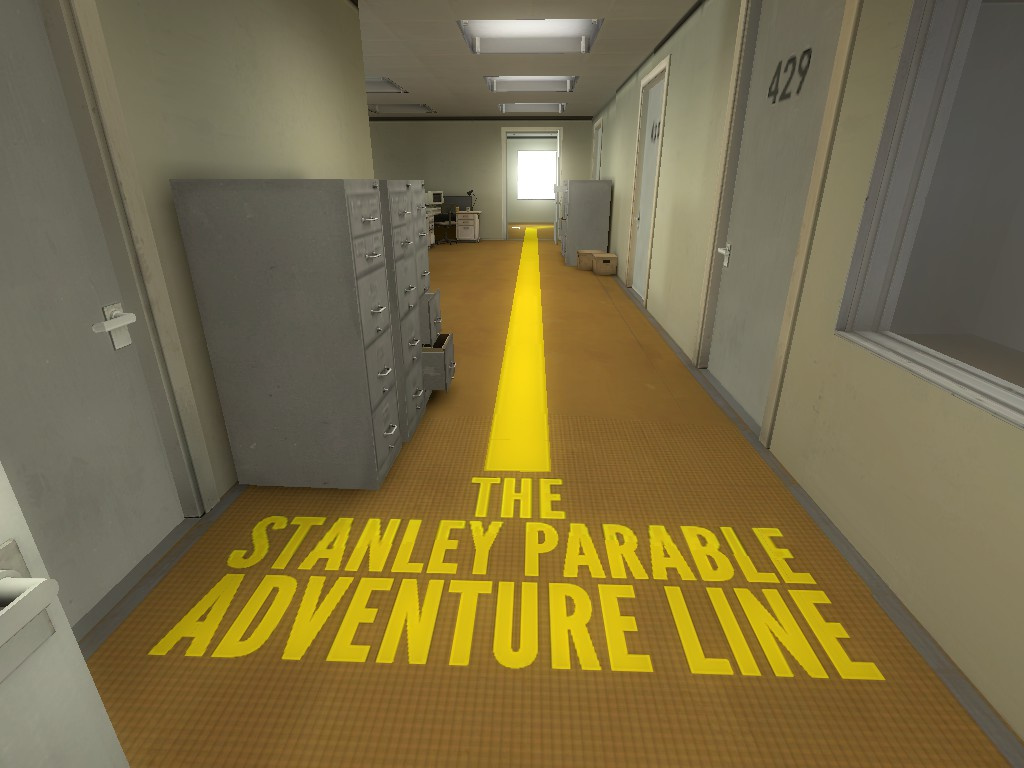 The Stanley Parable is a first person game based on the Source engine and will let you experience a day in the life of Stanley, who is sitting in his office 427, following orders, typing into his computer, until he notices that something is different and nobody is around anymore. Guided by a godlike narrator, he then explores the empty building and also the meaning of his very existence.

One outstanding feature unique to this game lies in the discovery of the multiple endings and easter eggs. Even two years after its release there's an ongoing discussion on Steam in which new secrets are discovered and shared, and you can never be really sure you got everything.

Some fun things to try:

But even more challenging is the number of ways in which you can "finish" the game (if this term even makes sense for this kind of game). 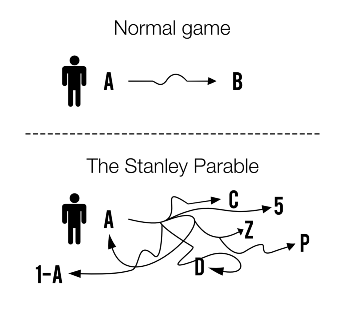 Here are all the 21 endings* I found (or, in case of two or three endings, discovered on the Internet :-) and also what to do to reach them, click to make larger: 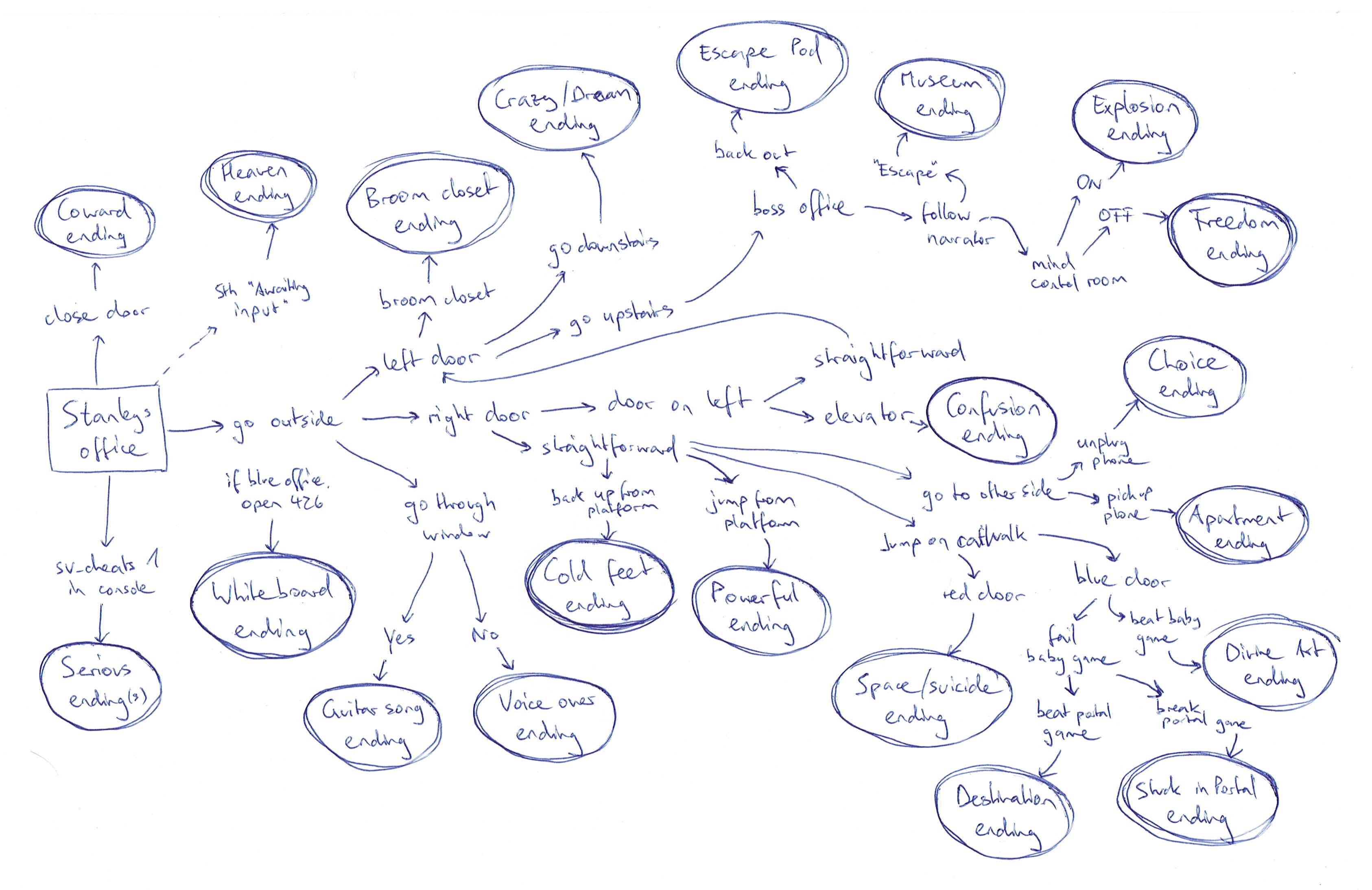 (*) I'll define an ending as one of the following cases:

The 21 endings can be watched here (numbered clockwise as appearing in the chart):

Have fun and share your experience (especially if you found something new!) 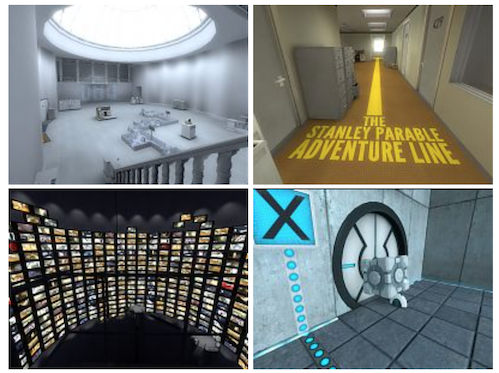