Ever heard of the term esoteric programming language? Although those languages are often not really designed to be simple (like Brainfuck), readable (like Whitespace) or even linear (like Befunge or Piet), most of them are turing complete, meaning they're as powerful as "normal" languages.

Last week I had a closer look at LOLCODE! 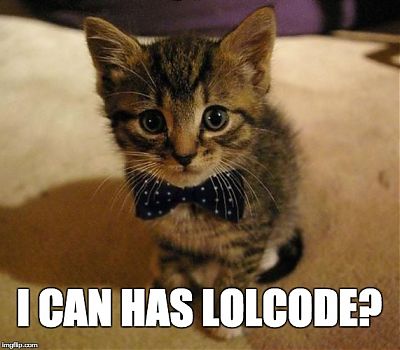 Lolcode is fun to write and although inefficient, you can indeed do pretty much everything. There's even a formal Lolcode 1.2 specification and a course on codeschool to learn the basics :-)

I decided to write a program that actually has some use, so I wrote a Pokemon Go IV rater in lolcode, check it out on Github. 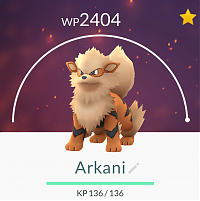 It calculates the special IV values (individual values) for a given pokemon (which are unique to each pokemon), you'll just have to enter what kind of pokemon it is and some stats for it:

You can try it here: repl.it

Just hit Run and enter your stats at the right. You can also use lol-coffee if you want to run it locally.

Unfortunately, it misses arrays and lists (as for now, there's a reserved keyword BUKKIT for future versions), so I rewrote those as simple function calls, which is why the program ended up to be ~700 LOC. Other actions like input is really simple, here's the beginning where the user gets asked all of the input values: